“I am honored to serve as board president for this organization, which played such a resounding role in my childhood. When I was a young girl selling Girl Scout Cookies in Queens, NY, I never imagined that one day I would help lead the largest Girl Scout council in the country,” said Barbara Krumsiek, president-elect. Girl Scouts Nation’s Capital is the largest council in the country serving 87,000 adult and girl members.

“I look forward to working alongside the talented staff and business leaders on the board to increase philanthropy for the best leadership development program for girls. These are challenging times, and Girl Scouting is more important today than ever. Girls need a place where they are safe and inspired.”  said Barbara Krumsiek, president-elect.

After six years of outstanding leadership at the Board level, Faye Fields is stepping down. She increased philanthropy for the council and focused on elevating the visibility of the Girl Scout Gold Award, the highest achievement for girls.  “We are grateful to have had a such an outstanding role model and champion for girls in Faye Fields.  She has elevated our work in the community, and we are indebted to her for inspiring leadership guidance,” said Lidia Soto-Harmon, CEO, Girl Scouts Nation’s Capital. 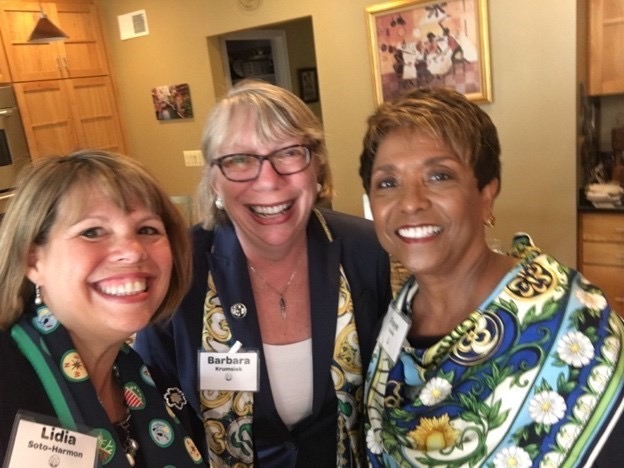